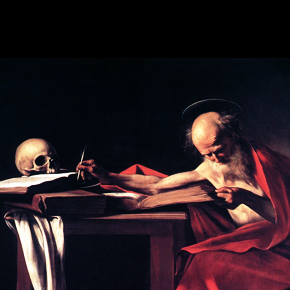 The Stabat Mater is the greatest and most well-known example of Scarlatti’s church music. It is difficult to date this work, but scholars place his church music quite early on in his career (1708-28) when he was active at Santa Maria Maggiore and the Cappella Giulia at St Peter’s Basilica in Rome.

Rather than dividing the voices into two choirs, Scarlatti skilfully weaves them all in ten-part counterpoint virtually throughout the entire work. This stylistic throw-back to the Renaissance is mixed with a thoroughly Baroque feel for harmony and texture.

Live recording from The Tudor Consort's concert A German Requiem.